An investigation is underway following a 26-calendar year-aged contractor died early Thursday soon after becoming struck by gear at Suncor’s Foundation Mine around Fort McMurray, Alta.

A Komatsu personnel was pronounced useless early Thursday morning at a shovel routine maintenance pad in the mine, Suncor claimed in a statement despatched to news media Thursday night. RCMP said the incident occurred about 3 a.m.

“This is a tragic incident,” Suncor spokesperson Leithan Slade said in an interview Thursday.

“We do increase our deepest condolences to the loved ones and the good friends and the co-staff of this person, and we are going to be launching a entire investigation to find out what took place.”

Occupational Wellbeing and Security is investigating the man’s death, a spokesperson for Alberta Labour and Immigration claimed.

Thursday’s loss of life was the fifth office fatality at a Suncor internet site in Alberta due to the fact 2021.

Slade stated the company is focusing on the safety and effectively-staying of workforce.

In its assertion, Suncor also announced it would postpone its oil sands functions presentation scheduled for July 13.

“By deferring the presentation, the senior leaders who were scheduled to participate can target entirely on responding to the incident and caring for our workforce,” the statement mentioned.

“We remain committed to enhancing our protection and operational effectiveness.”

The presentation will be rescheduled for the slide, it said, including that more facts will be shared when available.

The name of the dead employee will not be introduced without the need of the family’s consent, the organization explained. 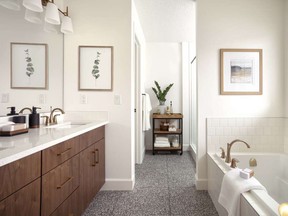